In Conversation with Dr. Luis De Bellis
The Potential of Digital Workflows 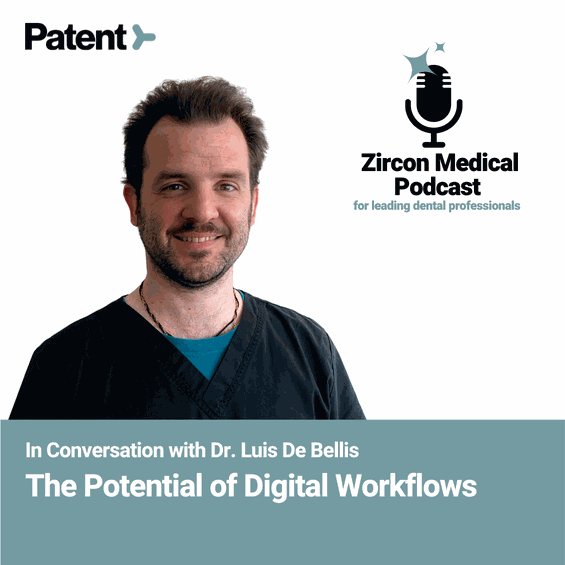 The Potential of Digital Workflows

The digital revolution has dramatically changed the possibilities of dentistry. Advanced technologies and software now allow dentists to curate treatment plans with improved efficiency and convenience. It has also improved patients’ experiences with dentistry, allowing them to receive treatments in fewer sessions. However, lowering the barrier to entry may also have some potential drawbacks, making young dentists too reliant on automated processes.

Dr. Luis De Bellis, the owner of Sociedad OdontologicaDe Bellis& Garay, has been at the forefront of digital innovations in dentistry since 2010. As such, his opinion on the subject of digital workflows is crucial. Our team at Zircon Medical hosted Dr. Bellis on our podcast series to discuss the potential of digital workflows.

Dr. Luis De Bellis started his career as a dental technician, following which he studied dentistry in Uruguay and eventually moved to the University de Chile to study implant surgery and oral rehabilitation. He chose the University de Chile because their program was taught in his mother tongue, i.e., Spanish. He could also work in Chile because a treaty between the two countries allowed him to work without hassle or extensive documentation.

While finishing the second year of his postgraduate studies, Dr. Bellis was asked to stay as a professor, so he dove even deeper into academia. I focused on digital dentistry because it had good potential. He started training himself to handle a software, which allowed him to produce his designs from the software via a printer. That’s when he truly started diving deep into digital technologies and workflows.

“I was doing surgery,” he says, recounting a period from 2010, “when I noticed in some books and papers that I could 3D print the auxiliaries and mandibles of my patients and make simulations of my bone grafts. So, I bought a 3D printer on eBay, brought it into Chile, and started printing my patients’ auxiliaries and mandibles, which made my workflow more predictable. This was 2010.”

Dr. Bellis says he started with the printer because it was relatively cheap, and he couldn’t afford some of the more expensive printers at the time. He says he loved the printer so much that he disassembled it, bought the parts separately, and started designing his very own 3D printer. He moved away from laser printers because they were unreliable. Instead, he focused on 3D printers with projectors, and that’s the technology most 3D printers use even today.

Dr. Bellis says there are a lot of software for digital planning. This software helps dentists make comprehensive plans for free, and if they want to explore their surgical guide, they have to pay an additional fee. He used that software for his work from 2014 to 2019, following which he started using a software, because it was free and allowed him to create his own modules.

Besides creating his own 3D printers and specializing in implantology, Dr. Bellis also learned coding for iOS. However, the software he used was based on a Python-based platform called Blender, which he couldn’t code. So he found a group of dental technicians in Australia that made the code for dental professionals. He says the code is extremely affordable and optimized for dentists, allowing him to do exactly what he wants with the surgery software.

At this stage, Dr. Bellis says he can create augmented volume 3D modules and produce them without silicone or other materials. He currently teaches a university course onbone grafts, so he’s currently printing bone grafting tissues. Looking back on the past 10 years, Dr. Bellis says producing his own 3D printers was a great experience, but he now plans things differently.

Dr. Bellis says he’s been working with digital technologies for over a decade, but things have gotten a lot more strict since the pandemic. Patients are no longer comfortable visiting the dental practice in person because of the risk of contracting an illness. That leaves dentists with the responsibility to produce the desired results with minimal contact and sessions. For example, Dr. Bellis now takes digital impressions and produces crowns on the same appointment, so the patient doesn’t need two sessions.

If a patient needs tooth replacement, Dr. Bellis takes impressions from outside the mouth and an intraoral scanner for the inside. He uses the Blender software to map the complete treatment plan and produces the temporary prosthetics within 15 to 20 minutes. If everything goes according to plan, he proceeds with the CBCT, designs the prosthetic according to the bone, and curates a comprehensive plan for bone grafting and implant surgery. In a traditional workflow, this entire process would take around 4 visits, but he completes it in one session of 2 to 2.5 hours.

Dr. Bellis says he also takes blood tests to check the patient’s cholesterol, vitamin D, and other factors that can influence the results. After the assessment, he schedules the surgery and proceeds with the treatment. If the patient’s markers aren’t ideal, he curates a therapy plan to improve their candidacy for the procedure. For example, the patient may need to take 3000 units of vitamin D for 15-20 days, following which they’ll undergo another blood test.

Depending on the results of the second round of treatment, Dr. Bellis might adjust the therapy plan and ask the patient to continue, or he might schedule the surgery. The surgery may be split over multiple sessions spaced a few months apart, especially if the patient needs a bone graft first. He also completes the entire procedure at once, but that’s a smaller percentage of cases. Each surgical plan is designed and curated according to the patient’s individual conditions and biological markers.

In some cases, Dr. Bellis says he drills into the bone to realize there’s insufficient blood flow because the patient is a smoker. In that case, he asks the patient to stop smoking and puts them through another therapy for a month or two. He proceeds with the surgery once he’s sure of optimal osseointegration.

The fundamentals of dentistry are essential

Dr. Bellis cautions that excessive reliance on digital planning and technologies can become a crutch. “Nowadays, people blindly follow digital dentistry and think it will solve all problems, but that’s not true,” he says. “It’s happened to me as well — I was working for 10 years with digital technologies, and, in some cases, I had to remove my surgical splint and continue in the old-school way. The workflows are changing, but the basics are the same. The fundamentals of knowledge must be in place.”

According to Dr. Bellis, dentists often rely on digital planning and software to create digital crowns, and if things don’t go exactly according to plan in the surgical room, they blame the product. “In many situations, doctors place the same implants in auxiliary and mandibles in all kinds of bone density, and that’s dangerous because you have to know the surface treatment of the implant if it fits, and how to ensure complete stability and osseointegration.”

As such, Dr. Bellis concludes that digital dentistry and workflows provide great assistance, but they can’t and shouldn’t replace the basics of knowledge and science.

The future of digital dentistry

When asked about the possible future of digital dentistry, Dr. Bellis talks about a Chinese group that has created a robot to place dental implants. He says that might sound terrifying, but there’s nothing to fear because even robots must be guided by actual dentists. As workflows evolve and technologies become cheaper, they become more accessible to regular people. However, while digital technologies can make things more precise, they can’t replace true dental skills and capabilities.

Dr. Bellis also says that robots can’t be trusted entirely with dental implant surgeries. “If we had to place an implant with a robot,” Dr. Bellis says, “we would have to ensure the patient doesn’t move in the chair. But patients always move, and robots can’t immediately adjust for those minute movements. Some patients also have extreme reactions that robots can’t accommodate.” Because of these factors, Dr. Bellis doesn’t believe robots would reach a position where they make actual dental surgeons obsolete.

You can find Dr. Luis De Bellis on LinkedIn or listen to him in our Zircon Medical podcast.

Never miss one of our weekly episodes with leading dental professionals. 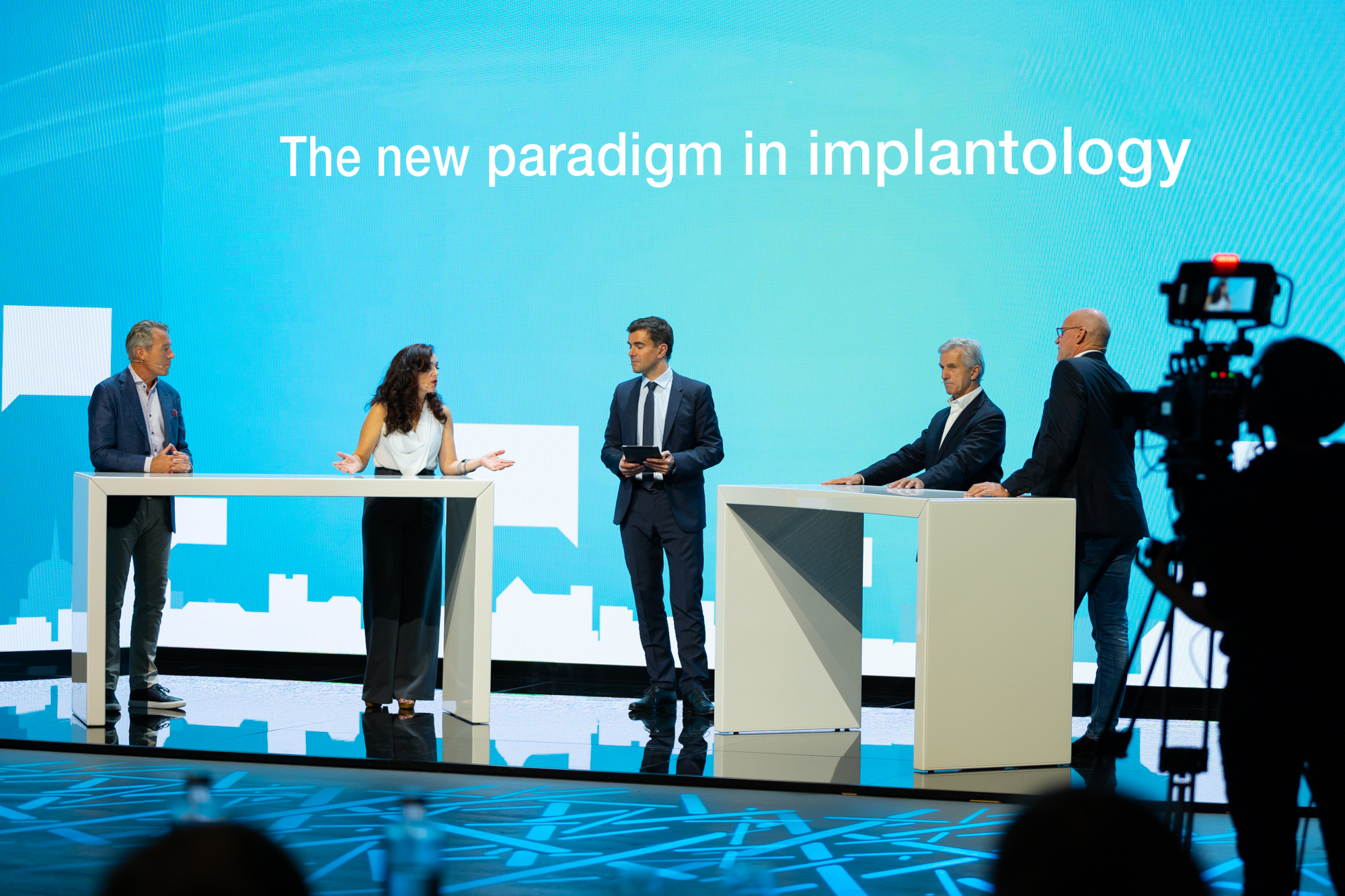